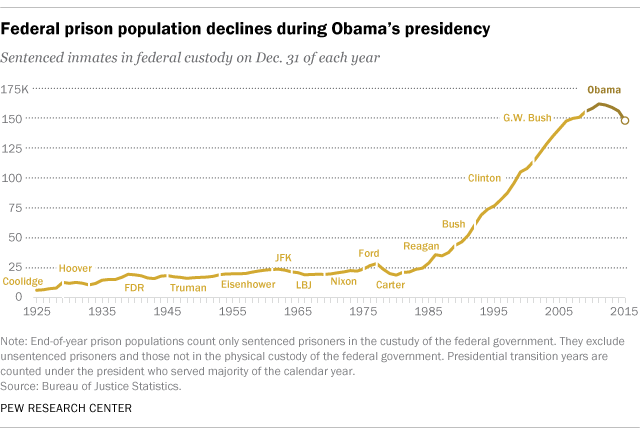 Under Trump, the federal prison population continued its recent decline
Black imprisonment rate in the U.S. has fallen by a third since 2006
The gap between the number of blacks and whites in prison is shrinking
U.S. private prison population has declined in recent years
Trump used his clemency power sparingly despite a raft of late pardons and commutations