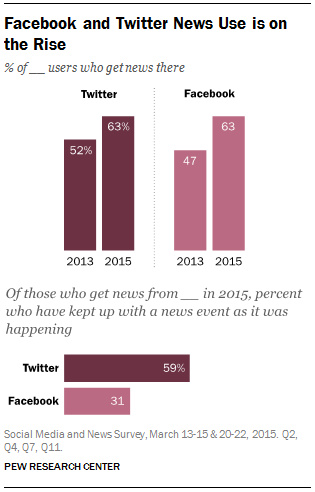 More Americans get news on Twitter and Facebook than in the past, according to a new report by Pew Research Center in association with the John S. and James L. Knight Foundation. The survey of 2,035 U.S. adults sheds light on Americans’ evolving news and information habits on the two platforms.

1More users are getting news on both sites than in the past. Nearly two-thirds (63%) of Facebook users and the same share of Twitter users get news via each of the social media sites. This is up substantially from 2013, when about half of each social network’s users (47% for Facebook, 52% for Twitter) reported getting news there. (In both studies, we defined news as “information about events and issues beyond just friends and family.”) This increase in exposure to news among users emerges even as overall usage of each site has remained steady since 2013: 17% of U.S. adults use Twitter and two-thirds (66%) use Facebook. Overall, 10% of all U.S. adults get news on Twitter, and 41% get news on Facebook. 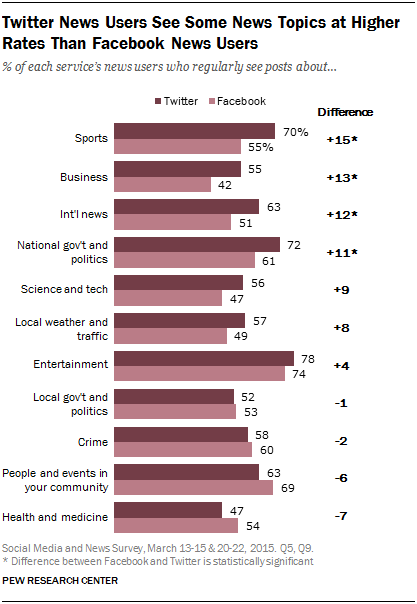 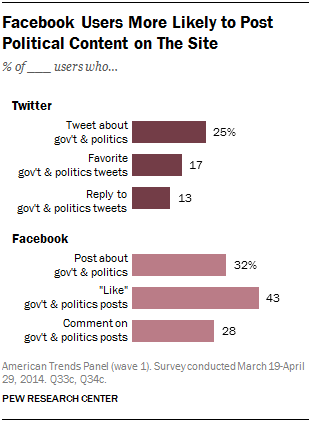 5The increase in the share of users getting news on each platform cuts across nearly every demographic measured – gender, race, age, education and household income. There was not, in other words, any one demographic driving the shift.