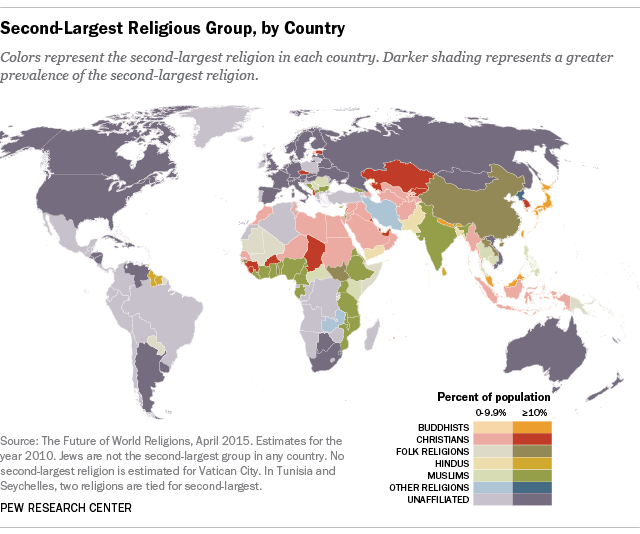 Religiously unaffiliated people – sometimes called the “nones” – account for 16% of the world’s population, and they make up the largest “religious group” in seven countries and territories. Perhaps more remarkably, they also are the second-largest group in roughly half (48%) of the world’s nations.

Indeed, while either Christians or Muslims make up the largest religious group in nine-in-ten nations around the globe, “nones” rank second in size in most of the Americas and Europe, as well as in many countries in sub-Saharan Africa. 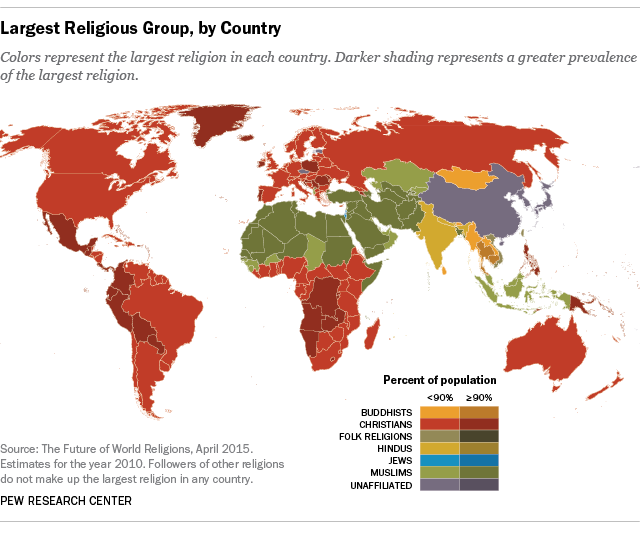 “Nones” are a diverse collection of people, including atheists and agnostics, as well as those who have a mix of religious beliefs and practices but do not identify with a particular faith. While the “nones” are not a religion per se, they are broadly categorized as such because, regardless of their beliefs, they don’t identify with a religious group.

Of the 112 countries and territories in which the unaffiliated rank second, Christians are the largest religion in 106. In many of these nations, including the U.S. and most of Western Europe, “nones” are a substantial minority. They make up a quarter or more of the population in the United Kingdom and Germany, for example. 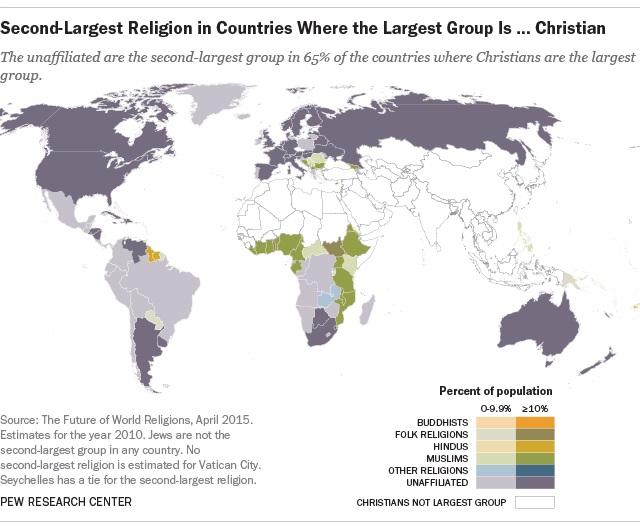 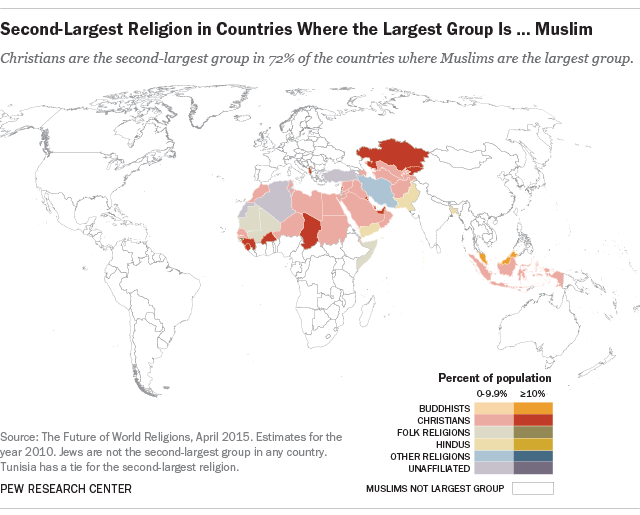 Muslims are the second-largest group in 30 countries. Islam ranks second to Christianity in many African countries, particularly in the sub-Saharan belt of nations that run across the continent. Many of these countries, such as Nigeria and Ethiopia, are situated between the predominantly Muslim Maghreb of North Africa and the more solidly Christian countries in the southern part of the continent. Islam also is the second-largest religion in India, after Hinduism. 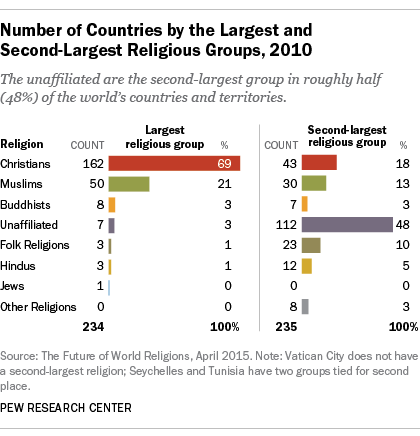 Note: This analysis is based on the eight religious categories used in “The Future of World Religions” report: Christians, Muslims, the religiously unaffiliated, Hindus, Buddhists, adherents of folk religions, Jews and followers of other religions. These results would vary if subgroups within these categories were classified as separate religions.

Country and regional religious composition data, along with future composition projections, are available in sortable tables. You can also download a list (Excel file) of the largest and second-largest religious groups in each country. Additional data on country-level religious demography is available at the Global Religious Futures website.