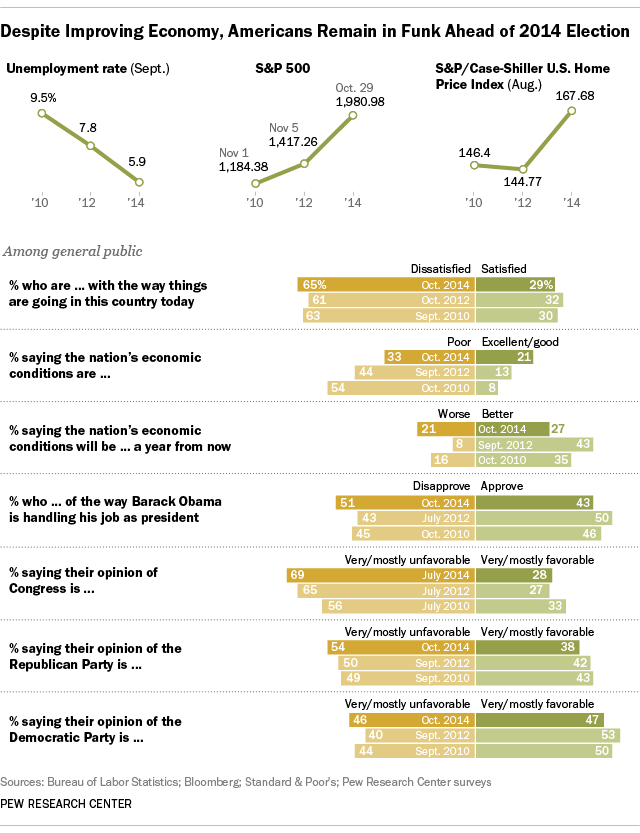 With Election Day fast approaching, Americans are feeling somewhat better this year about the national economy than they were the past two election cycles — a sentiment borne out by improvements in several key indicators. But by many other measures, their collective mood hasn’t really improved.

Fact Tank dug through the Pew Research Center survey archives to compare public sentiment about the economy and elected leaders today with the same metrics at comparable periods before the federal elections of 2012 and 2010. Here’s a rundown of what we learned: