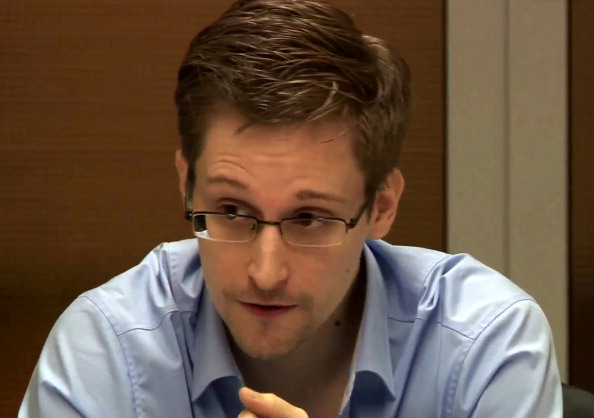 MOSCOW, RUSSIA – OCTOBER 31: NSA whistleblower Edward Snowden during a meeting with German Green Party MP Hans-Christian Stroebele (not pictured) regarding being a witness for a possible investigation into NSA spying in Germany, on October 31, 2013 in Moscow, Russia. There has been calls in Germany for an investigation into alledged US spying in Germany, which reportedly could include the tapping of German chancellor Angela Merkels phone. (Photo by Sunshinepress/Getty Images)