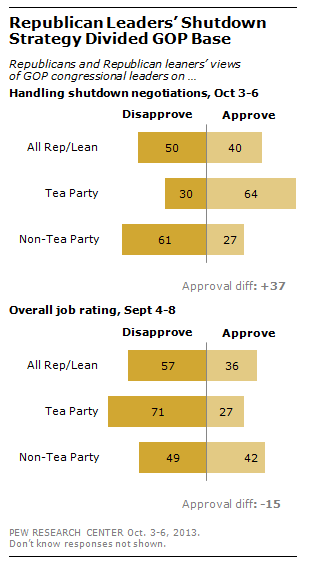 GOP leaders are facing a difficult task in trying to build united support among the Republican rank-and-file for a strategy on the government shutdown.

In the Pew Research Center’s most recent survey, conducted Oct. 3-6, most Republicans and Republican leaners who agree with the Tea Party (64%) approved of how GOP leaders were handling negotiations on the government shutdown. Most other Republicans (61%) did not.

Among all Republicans and Republican-leaning independents, 35% agree with the Tea Party while 61% either disagree or have no opinion either way.