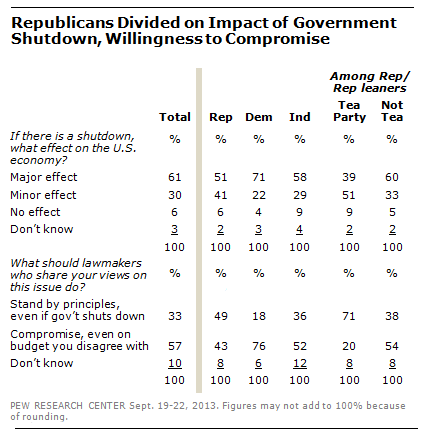 But as has been the case on a range of issues, particularly in the GOP-controlled House, there are also markedly different views among Republicans who align with the Tea Party, and those who do not.