A record 8% of households with minor children in the U.S. are headed by a single father, up from just over 1% in 1960, according to a Pew Research Center analysis of census records. The census bureau data shows the number of single father households increased from less than 300,000 in 1960 to more than 2.6 million in 2011. 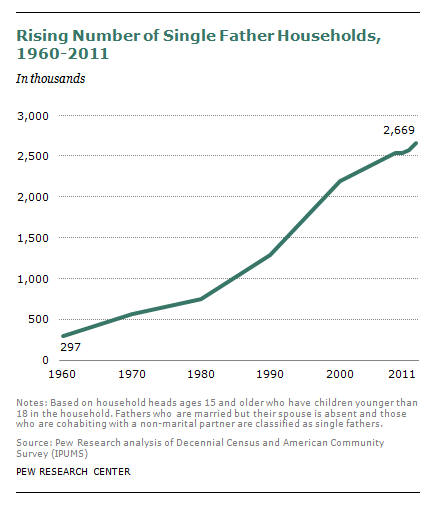