A widely-noted pew Research Center study in May found national rates of gun homicide and other violent gun crimes were now strikingly lower than during their peak in the 1990s, but that most Americans were unaware of that fact.

As with firearm crimes, the rate of overall non-fatal violent crime—defined as aggravated or simple assault, robbery or sex crimes (with or without a gun)—also is lower than it was in the early 1990s. 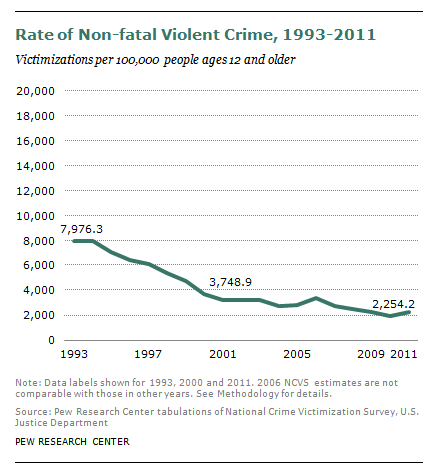 Young adults have the highest victimization rates. The highest rate is among those ages 18 to 24, followed by those ages 12 to 17. Read more