52.9% of women aged 15-44, or about 32.5 million, were mothers in 2010, according to the Census Bureau. The U.S. birth rate dipped in 2011 to the lowest ever recorded, led by a plunge in births to immigrant women since the onset of the Great Recession. 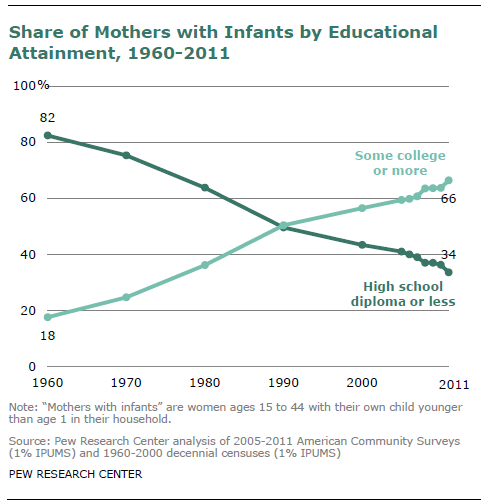 Today’s mothers have more education than ever before, according to a new Pew Research Center analysis of Census data.  About two-thirds of new mothers in 2011 had at least some college education, reflecting a decades-long rise in the educational levels of all women.

In 2010, the average age of first-time mothers was 25.4, according to the National Center for Health Statistics. Age at first birth has been trending upward for a long time; in 1980 the average age was 22.7.

Between paid and unpaid work, the average mother works about 2 more hours a week than she did in 1965,  though the mix of time spent on paid work, housework and child care has changed dramatically: 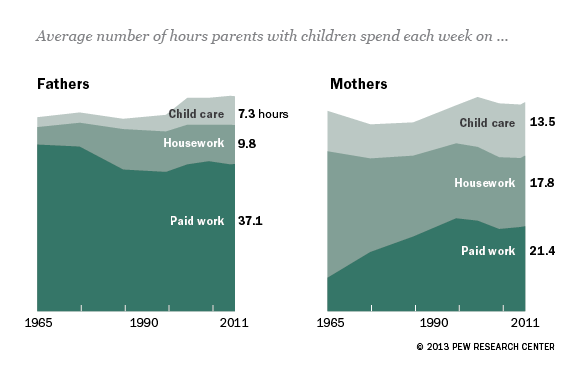 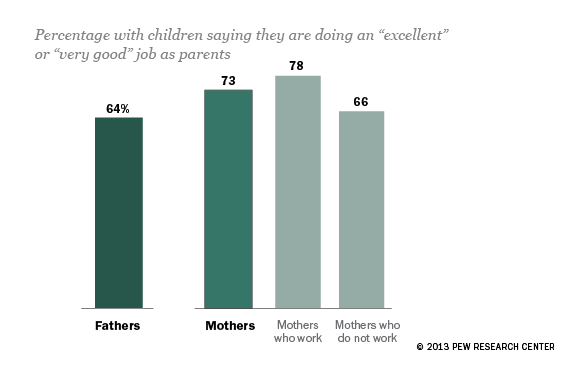