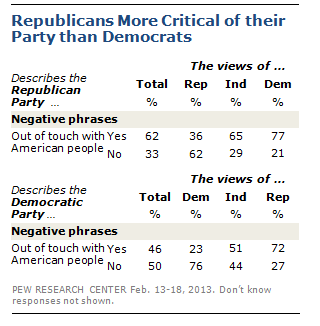 About six-in-ten (62%) of Americans regard the Republicans as out of touch with the American people while 46% have that opinion of the Democrats.

But Republicans are more critical of their party than Democrats are of theirs on most issues, according to a survey conducted in February.