In his state of the union speech, President Obama called for talks on a large-scale free trade agreement with the European Union as a way to help strengthen the American economy.

The idea of increased trade with the EU nations has had strong public support. In a late 2010 survey, 58% of Americans said more trade with those nations would be good for the United States. Just 28% said it would be bad for the U.S. 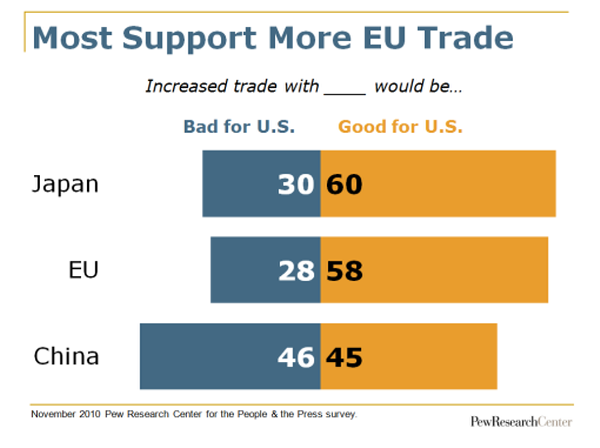