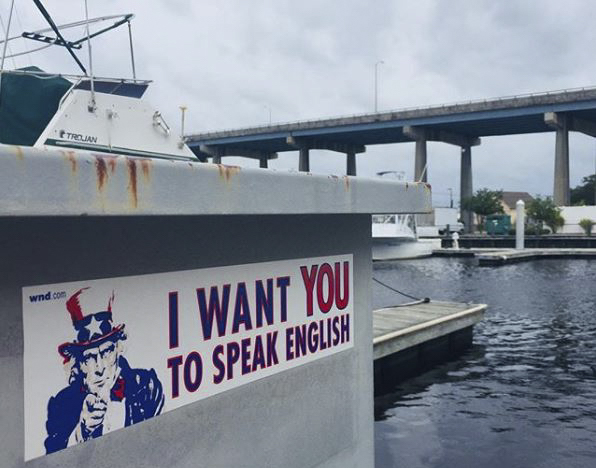 A poster is seen on the side of a marina saying “I want you to speak English” at North Myrtle beach, South Caolina on September 13th, 2018. – US President Donald Trump eliminated the Spanish-language page of the White House when he came to power two years ago with strong anti-immigrant rhetoric and the idea of building a border wall along the US/ Mexico border. Although Spanish was present at the recent Oscars ceremony, in the streets of the United States some immigrants fear to speak their mother tongue in public for fear of being insulted, assaulted or even detained and deported, say civil rights advocates. (Photo by Leila MACOR / AFP) (Photo credit should read LEILA MACOR/AFP via Getty Images)