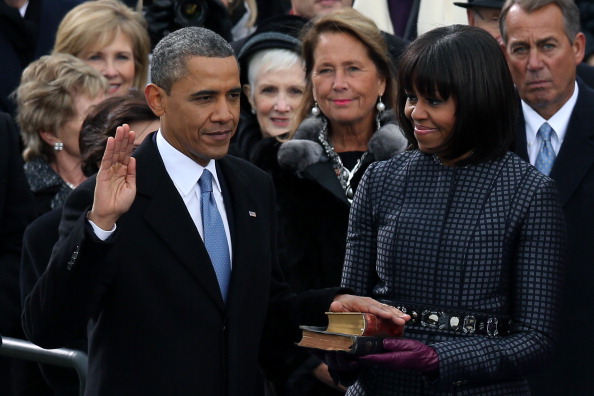 WASHINGTON, DC – JANUARY 21: U.S. President Barack Obama is sworn in during the public ceremony as First lady Michelle Obama looks on during the presidential inauguration on the West Front of the U.S. Capitol January 21, 2013 in Washington, DC. Barack Obama was re-elected for a second term as President of the United States. (Photo by Alex Wong/Getty Images)

Barack Obama Sworn In As U.S. President For A Second Term
5 facts about presidential and vice presidential debates
Quiz: Where do you fit in the political typology?
The 2020 Trump-Biden matchup
Important issues in the 2020 election
Many Americans Get News on YouTube, Where News Organizations and Independent Producers Thrive Side by Side