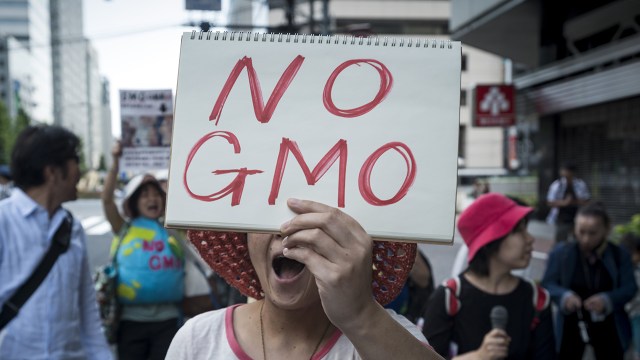 Protesters marched through the streets of district Ginza during a World March Against Monsanto in Tokyo on May 21, 2016.
Marches and rallies against Monsanto, a biotecnologie company and genetically modified organisms (GMO) food and seeds were held in dozens of countries in a global campaign highlighting the dangers of GMO Food. (Photo by Alessandro Di Ciommo/NurPhoto via Getty Images)