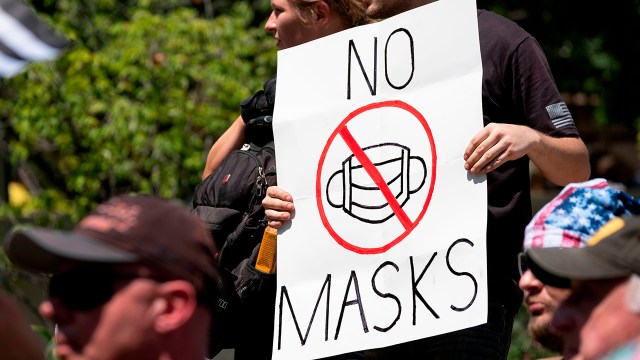 An anti-mask protestor holds up a sign in front of the Ohio Statehouse during a right-wing protest “Stand For America Against Terrorists and Tyrants” at State Capitol on July 18, 2020 in Columbus, Ohio. – Protestors descended on Columbus, Ohio for a planned anti-mask rally in response to local laws requiring people to wear a mask in many Ohio cities. (Photo by Jeff Dean / AFP) (Photo by JEFF DEAN/AFP via Getty Images)

Both Republicans and Democrats cite masks as a negative effect of COVID-19, but for very different reasons