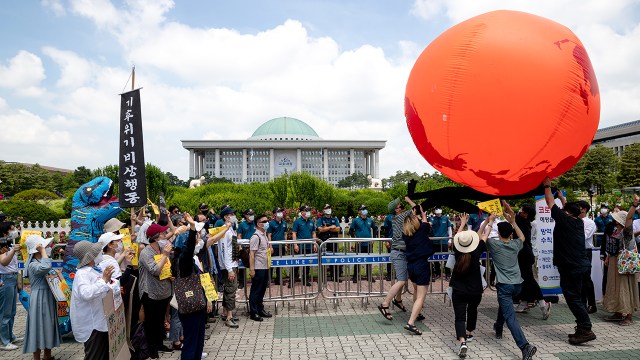 Member of Climate Crisis Emergency Action activists hold a large red balloon that shapes the Earth, which has become hot due to global warming during the protest at in front of the National Assembly on Thursday, June 11, 2020 in Seoul, South Korea. They urged the adoption of a resolution by the National Assembly for the Climate Crisis Emergency Declaration and the priority of climate disaster response policies. (Photo by Chris Jung/NurPhoto via Getty Images)