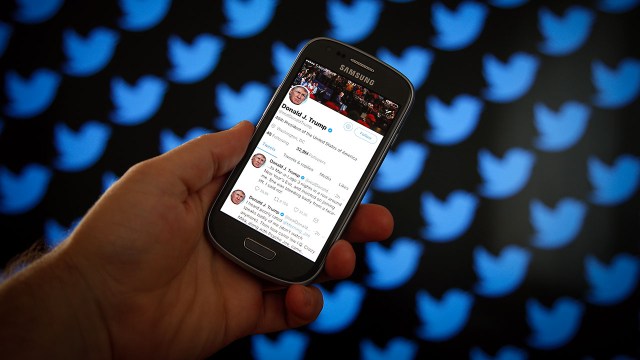 The Twitter timeline of US president Donald Trump is seen on 29 June, 2017, in Bydgoszcz,Poland after he insulted TV show host Mika Brzezinski on the platform claiming he was bullied by Mrs. Brzezinski and her co-hosts on their show Morning Joe on MSNBC. (Photo by Jaap Arriens/NurPhoto via Getty Images)