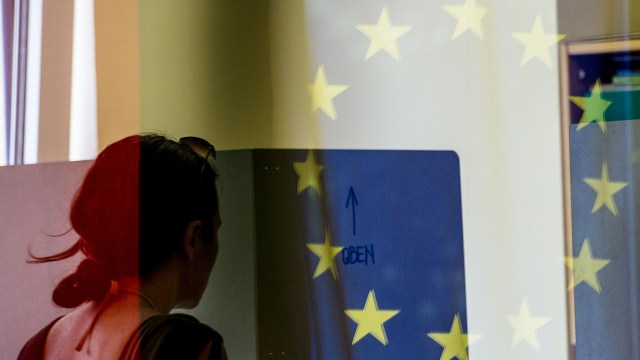 A woman enters a poll site in order to vote for the European election 2014 and for the referendum about the historic airport area ‘Tempelhofer Feld’ in Berlin, Germany, 25 May 2014. Around 400 million voters in 28 countries of the European Union are expected to decide on the future composition of the European Parliament. Photo: Maja Hitij/dpa | usage worldwide (Photo by Maja Hitij/picture alliance via Getty Images)