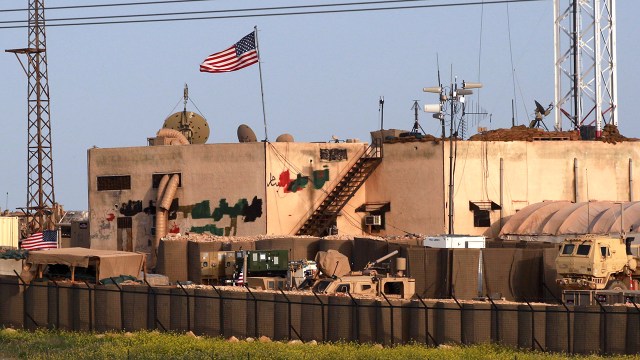 A picture taken on April 2, 2018 shows a general view of a US military base in the al-Asaliyah village, between the city of Aleppo and the northern town of Manbij. – The Syrian Observatory for Human Rights, a Britain-based monitor with sources on the ground, says around 350 members of the US-led coalition — mostly American troops — are stationed around Manbij. (Photo by Delil SOULEIMAN / AFP) (Photo credit should read DELIL SOULEIMAN/AFP/Getty Images)