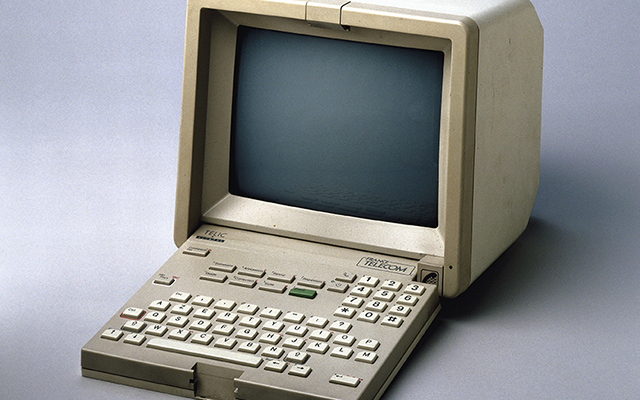 UNITED KINGDOM – JULY 22: The French government introduced the Minitel online services in the early 1980s. Effectively the Minitel system represents an independent French internet. Users can access up to 22,000 databases and services, for which they have to pay an access charge. To promote the service, France Telecom gave away millions of the terminals for free, and today they can be found in over 6 million homes and many government agencies. The existence of Minitel meant that the French were slow to embrace the World Wide Web, but today many of the services previously only accessible via Minitel can now be found on the internet. The terminal features a keyboard which can be folded away to cover the screen when not in use. Made by Alcatel Business Systems. (Photo by SSPL/Getty Images)