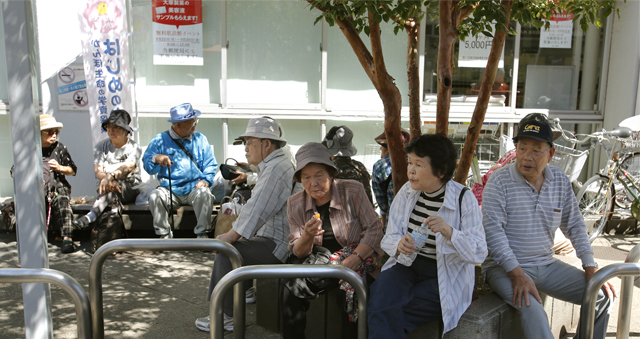 In this photo taken Sunday, Sept. 14, 2014, elderly people rest under the shade of a tree in Tokyo. Reaching the century mark remains a relative rarity for humans, but it is increasingly less so, and perhaps nowhere more than in rapidly aging Japan. The number of Japanese who are at least 100 years old, known as centenarians, has reached 58,820, according to the latest government estimate, released every September to mark Respect-for-the-Aged Day, a national holiday that falls on Monday, Sept. 15. (AP Photo/Shizuo Kambayashi)