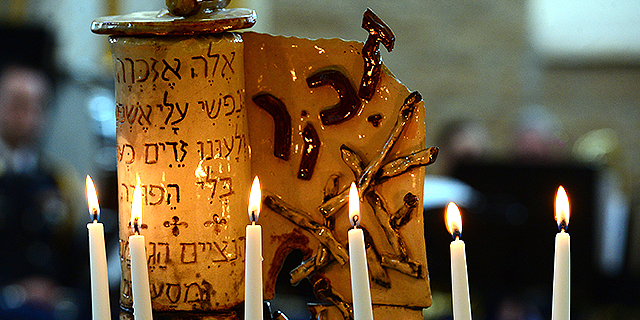 DENVER, CO – APRIL 19: Six memorial candles were lit to remember the 6 million jews killed during the Holocaust in WWII during a 70th anniversary remembrance of Allied liberation of concentration camps at the Hebrew Educational Alliance in Denver, Colorado on April 19, 2015. It has been 70 years since Allied forces liberated Buchenwald, Bergen-Belsen, Dachau and other German camps that had been focal points of the Nazi Holocaust. The event, entitled From Darkness to Light, is the annual Shoah Commemoration and celebration of the 70th anniversary of the end of WWII. It also brought together Holocaust survivors and American soldiers who helped liberated the camps. (Photo By Helen H. Richardson/ The Denver Post)

← Prev Page
Page1You are reading page2
Next Page →
From Darkness to LIght annual Shoah Commemoration and Celebration of the 70th anniversary of the end of WWII at the Hebrew Educational Alliance in Denver, Colorado.