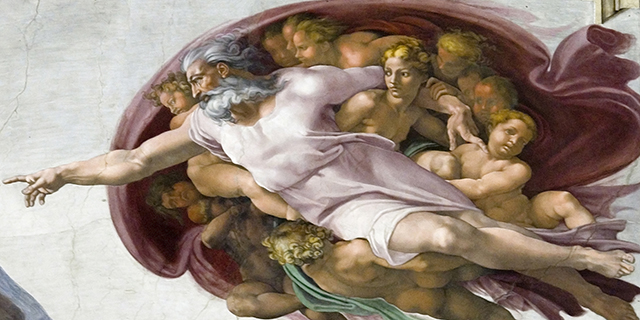 ROME, ITALY – AUGUST 04: The Creation of Adam by Michelangelo is painted on the ceiling of the Sistine Chapel, in the Vatican Museums on August 4, 2012, in Rome, Italy. The Creation of Adam is a fresco painting by Michelangelo, which forms part of the Sistine Chapel’s ceiling, painted circa 1511 – 1512. It illustrates the Biblical creation narrative from the Book of Genesis in which God breathes life into Adam, the first man. (Photo by Lucas Schifres/Getty Images)