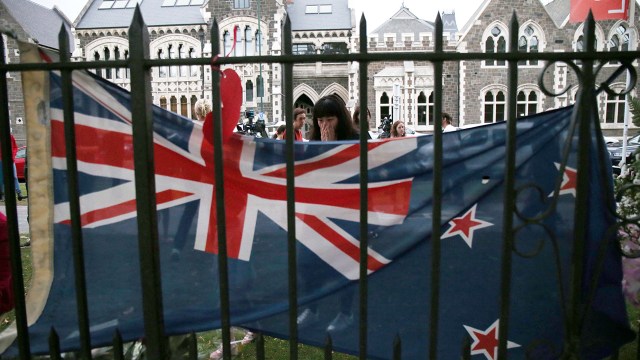 TOPSHOT – A woman reacts as as she pays her respects in front of floral tributes for victims of the March 15 mosque attacks, in Christchurch on March 16, 2019. – A right-wing extremist who filmed himself rampaging through two mosques in the quiet New Zealand city of Christchurch killing 49 worshippers appeared in court on a murder charge on March 16. (Photo by DAVID MOIR / AFP) (Photo credit should read DAVID MOIR/AFP/Getty Images)

4 facts about religion in New Zealand