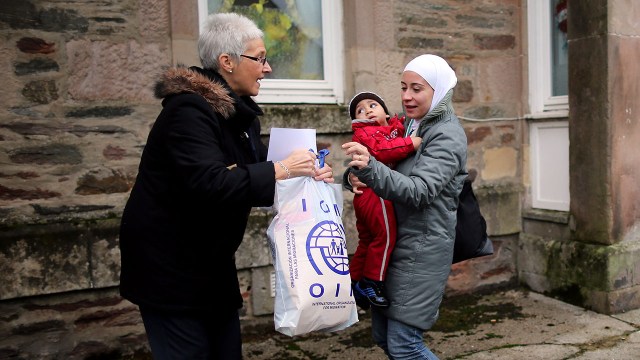 ROTHESAY, ISLE OF BUTE, SCOTLAND – DECEMBER 04: Syrian refugee families arrive at their new homes on the Isle of Bute on December 4, 2015 in Rothesay, Isle of Bute, Scotland. The Isle of Bute is welcoming 15 Syrian Refugee families as part of the governments plant to give refuge to 20,000 refugees in the UK by 2020. The Isle of Bute, on the Cowal peninsular, has a population of 6,498 which swells in the Summer months due to tourism. The island has been nicknamed the ‘Madeira of Scotland’ (Photo by Christopher Furlong/Getty Images)