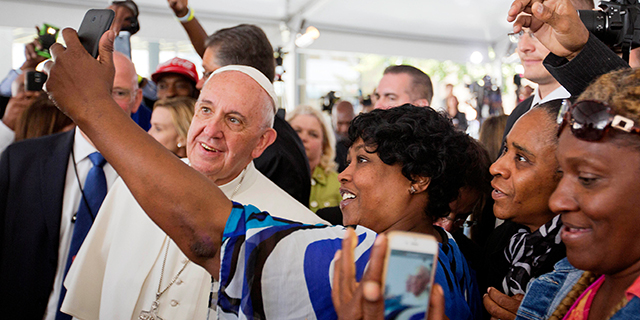 WASHINGTON, DC – SEPTEMBER 24: Cartrice Haynesworth, center, has a selfie taken with Pope Francis, left, as he walks through the crowd during a visit to Catholic Charities of the Archdiocese of Washington September 24, 2015 in Washington, DC. Pope Francis is in the United States for six days during his first trip as the leader of the Catholic Church. (Photo by David Goldman-Pool/Getty Images)