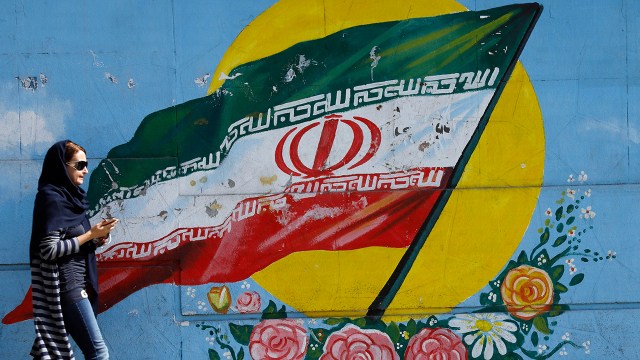 An Iranian woman walks past a mural of the Iranian flag in the capital Tehran, on October 14, 2017.
Iranians responded with anger and mockery on Saturday to the bellicose criticism of their government by US President Donald Trump who threatened to tear up the landmark nuclear deal. / AFP PHOTO / STR (Photo credit should read STR/AFP via Getty Images)

Before Soleimani's death, concerns about Iran had fallen in many countries – including the U.S.