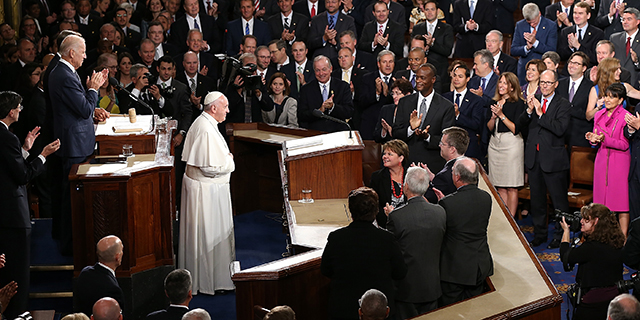 WASHINGTON, DC – SEPTEMBER 24: Pope Francis is applauded by members of Congress as he arrives to speak during a joint meeting of the U.S. Congress in the House Chamber of the U.S. Capitol on September 24, 2015 in Washington, DC. Pope Francis is the first pope to address a joint meeting of Congress and will finish his tour of Washington later today before traveling to New York City. (Photo by Win McNamee/Getty Images)

Positive Impact of Pope Francis on Views of the Church, Especially Among Democrats and Liberals
Pope Francis Addresses Joint Meeting Of U.S. Congress