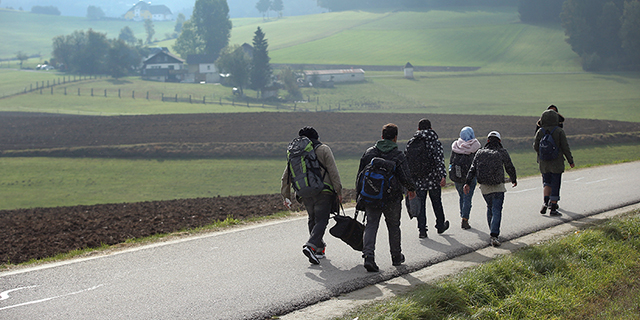 FUCHSOEDT, AUSTRIA – OCTOBER 17: Migrants who had arrived via buses chartered by Austrian authorities walk towards the border to Germany on October 17, 2015 near Fuchsoedt, Austria. According to a German police spokesman approximately 6,000 migrants are arriving daily over the Austrian border just in the area of southeastern Bavaria near the city of Passau. Most arrive via the Balkan route and once in Austria are transported by Austrian authorities to locations near the border to Germany. Germany has reportedly registered over 800,000 migrants this year, 400,000 in September alone. The migrants include many refugees from countries including Syria, Afghanistan and Iraq. Germany is struggling to accommodate the many migrants, most of whom will apply for asylum. (Photo by Sean Gallup/Getty Images)

← Prev Page
You are reading page1Page2Page3
Next Page →
Over 6,000 Migrants Crossing Into Bavaria Daily