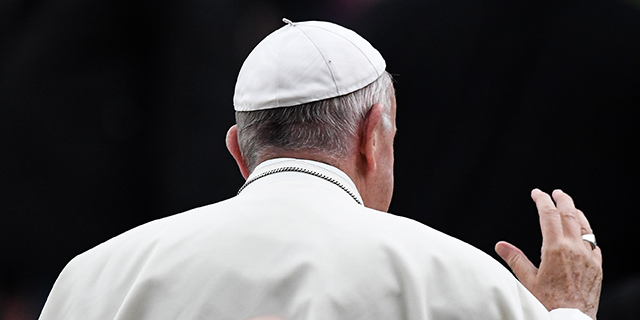 DUBLIN, IRELAND – AUGUST 25: Pope Francis attends the festival of families at Croke Park on 25 August , 2018 in Dublin, Ireland. Pope Francis is the 266th Catholic Pope and current sovereign of the Vatican. His visit, the first by a Pope since John Paul II’s in 1979, is expected to attract hundreds of thousands of Catholics to a series of events in Dublin and Knock. During his visit he will have private meetings with victims of sexual abuse by Catholic clergy. (Photo by Jeff J Mitchell/Getty Images)

Confidence in Pope Francis Down Sharply in U.S.
Pope Francis Address The Festival Of Families