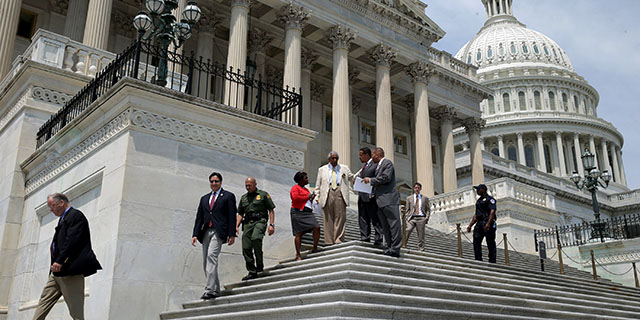 WASHINGTON, DC – AUGUST 02: Members of the House of Representativs leave the U.S. Capitol as Congress begins its summer recess August 2, 2013 in Washington, DC. Congress is headed into its summer recess without a deal on a federal budget, paving the way for a big showdown between Republicans and Democrats and a possible government shutdown in September. (Photo by Chip Somodevilla/Getty Images)