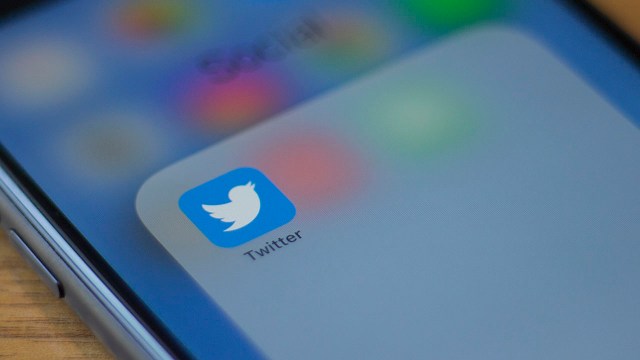 The Twitter logo is seen on a phone in this photo illustration in Washington, DC, on July 10, 2019. – Twitter is moving to filter out inappropriate content based on religion as part of its effort to curb hate speech. In a policy update on July 9, 2019, Twitter said it would take down “dehumanizing language” that targets specific religious groups.Examples shown by Twitter that would be removed would be description of a members of a religion as “disgusting” or “filthy animals.” (Photo by Alastair Pike / AFP) (Photo credit should read ALASTAIR PIKE/AFP/Getty Images)