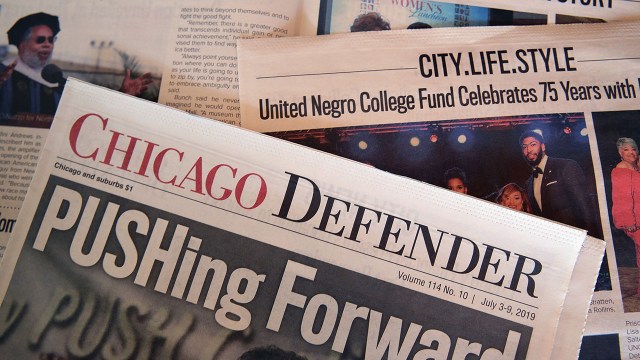 CHICAGO, ILLINOIS – JULY 09: Copies of the Chicago Defender are shown on July 09, 2019 in Chicago, Illinois. The newspaper, founded in 1905 to serve the city’s black community, is schedule to print its final edition tomorrow, becoming yet another publication to publish a digital-only format. The Defender is credited with playing an important role in promoting the migration of African Americans from the rural South to industrial cities in the North during the first half of the 20th century. Copies of the newspaper were carried and distributed by porters working on trains and travelling into these southern communities. (Photo Illustration by Scott Olson/Getty Images)