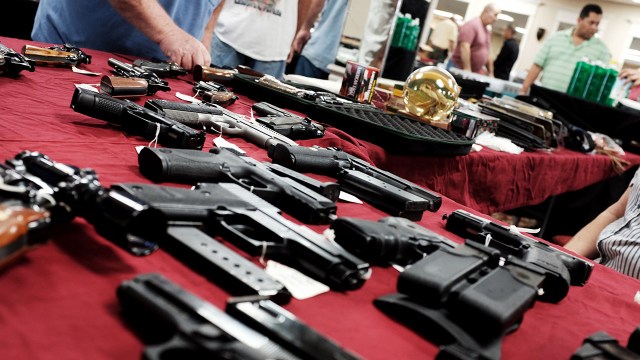 NAPLES, FLORIDA – NOVEMBER 24: Guns stand for sale at a gun show on November 24, 2018 in Naples, Florida. According to recently released data from the U.S. centers for Disease Control and Prevention, suicides and homicides involving guns have been increasing in America. The report, which faced a large backlash from the gun rights lobby, showed that during the time period between 2015-2016, there were 27,394 homicides involving guns and 44,955 gun suicides in America. (Photo by Spencer Platt/Getty Images)

← Prev Page
You are reading page1Page2
Next Page →
Gun Deaths On The Rise Again U.S. After A Decade Of Declines